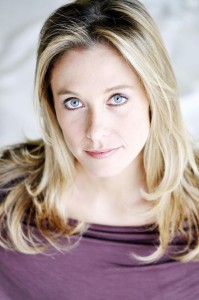 Dr. Deepak Chopra has spoken about asking many of his patients why they wanted to get better. They would say things like I want to be able to get back to my job, I want to take care of my family, I want to see the world and he would ask why they wanted those things. And if you keep asking “why” and follow the line of answers down to the core, the final answer is usually the same … because I want to be happy. Everything we do and don’t do is an attempt at happiness. Buddha was born in India 2,500 years ago and he dedicated his life to the study of happiness and the cessation of suffering. Buddha’s four noble truths are often described as being similar to a physician’s diagnosis. He tells us what the disease is, what causes it, and that there is a cure. The final truth refers to “The Path” called the “magga” that he describes as the path toward happiness. Here we will look at the Four Noble Truths and how they apply to your life.

1) The truth of suffering.

This truth is called “Dukkha” which translates as “Life is Suffering” but before you get too depressed what he meant more specifically is that life contains suffering. The word dukkha refers to anything that is temporary, conditional, and compounded of other things. This first one bluntly attacks the truth that nothing is permanent; all things are temporary. Because we fear change, attach, and cling to people, objects, and ideas, we suffer. So if impermanence is a cause of our suffering, and nothing in this life is permanent, then life will always contain suffering. Remember though that he chose the word dukkha that refers to things that are temporary or conditional, which implies that just because life will always include suffering, does not mean you have to take part in the suffering. But before we move towards ways to avoid or cease suffering, you must first accept and no longer resist the truth that life contains suffering. In the next few breaths just accept this, don’t push back, allow things to be as they are.

2) The truth of the cause of suffering (samudaya).

Some causes of suffering are not knowing the true nature of reality or of your own self, grasping to that which is impermanent, being afraid of that which is impermanent, identifying with a socially induced hallucination, a false sense of identity, and a fear of death. These can all be contained in the first, which is not knowing the true nature of reality or your own self. A while back, I told you about how I spoke to a monk when the studio had just opened and I was really overwhelmed, and he said to me “You are suffering because you want things to be different than they are.” At the time I was upset about the floors bowing and peeling up around me. And since the only thing you need to do yoga is a floor I was feeling a bit robbed since I didn’t know if they were going to fix it. I thought “Of course I want things to be different. Who would want to spend that much money on something that is done badly, who would want their business to be challenged, who would actually want this?” He listened and looked at me in silence and said “You are suffering because you want things to be different than they are.” At the time I was a bit annoyed but upon reflection I know that he was right. I didn’t need to want those things to happen but I did need to stop obsessing on wanting them to be different. Radical acceptance doesn’t mean you go around telling yourself how much you need to accept what is happening, that’s practicing acceptance. Radical acceptance is the choice to not resist the events of your life to the point that you don’t need to tell yourself anything because you are living in a state of oneness with things as they are. Forget the spiritual aspect of this, it just makes sense. Change what you can, and what you can’t, accept it. If there is no way you change it anyway, why choose misery? I like the imagery of leaning into things. When we lean we don’t resist at all, it is a relaxed moment, and yet when you lean into something you are doing it with your full body. Your whole being lets go and you put all of your weight into something, surrendering to it. Lean into your problems, lean into your life, lean into this moment.

3) The truth of the end of suffering (nirhodha).

The Buddha taught that through diligent practice, we can put an end to craving. Ending the hamster-wheel chase after satisfaction is enlightenment (bodhi or “awakened”). The goal is the removal of the causes of suffering. We are usually quick to want to blame our environment or our life circumstances. But studies have shown that your life situation is not a major determinate of your happiness. Life situation is about 8-15% of your ability to be happy. For instance, they have done studies on people who have won the lottery and their happiness increases dramatically after they have won, and maybe even for months after. But in one year they will always end up back at the same level of happiness they reported before they won. 42 percent of the Forbes 500 list reported being less happy than the average person.

“The consciousness inside us … the spirit inside us is the basis of all reality. Consciousness creates reality.” To end suffering, we must have a shift in our consciousness. In one of President Obama’s speeches he said “Are we really prepared to accept this as routine? These tragedies must end. And to do that we must change.” I thought that was profound and can be applied to the human condition as a whole. Are you prepared to accept the way you are thinking and feeling as routine? The suffering must end. We must create a shift.

“The world is as we are.” – Deepak Chopra

4) The truth of the path that frees us from suffering (magga).

The happiest people in the world are said to be in Puerto Rico and Mexico, and the least happy place being in the former Soviet Union. Why? It is believed it is because those are cultures are based entirely on relationships. They have found the same thing to be true of the blue zones in the world, which are the areas that have the most centenarians or people who have lived to more than 100 years old. They are all cultures rooted in community and relationships. They are not as focus on craving external things and focus first and foremost on people.

What are we doing here? Does our life have purpose? Is there a God? If there is does she love us? Where do we go when we die? We are the only creatures on the planet that asks these questions. We are the only animals to be conscious of our mortality; no other animal knows that it is aging, that it will die. This is why animals live in the moment. Think of dogs and how happy they are when you get home. If you leave the room for five minutes they are just as happy when you come back. If you hurt a dog it will remember, and if you come back in the room after 10 years it might attack you, but unlike a human, the dog didn’t spend the last 10 years planning how it will get back at you. They live in the moment. We live in imagination, weaving stories and worrying about our mortality. I’ve mentioned how more people die on Mondays than any other day of the week, and not just that but at 9:00 a.m. on Mondays. Human beings are the only creatures that can boast the ability to kill ourselves with our thoughts.

“The subjective experience of happiness translates into a biological expression.” – Deepak Chopra

Meditation is like trying to find a radio station out in the middle of nowhere; you turn the dial back and forth hearing nothing but static and noise until suddenly you hear a glimpse of music. You have to turn the knob back and forth until you get it just right and then there it is. So turn your internal knob, scan left and right until you tune into yourself. Tune into the part of you that is not your brain. Hear, but ask yourself who is doing the listening. Feel, who is doing the feeling? Feel your clothes, your skin, your internal beat … who or what is experiencing these sensations? Tune into the quiet spaces between your thoughts.