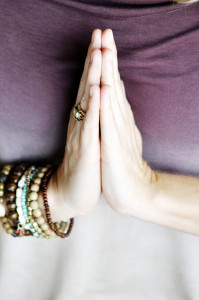 I have come to firmly believe that there are certain universal laws. These laws do not exist to conflict with religion, but rather to work with it as a vessel for God to make himself undeniably visible in our lives. These laws are the ways that we can wrangle the wild animal of free will and not be victims of a chaotic world but instead, wielders of life. This universe functions in certain predictable yet mystical ways. I’ve attempted to break these down into 5 main universal laws, each independent and yet relying completely on the others. People who understand these laws can live fulfilling and empowering lives, those who don’t will continue to suffer in a never ending fight with themselves and the world they believe they live in.

Law #1 What you think regularly becomes your belief system about this world.

As children, we absorb an incredible amount of information at an astonishing pace; it’s like trying to drink the ocean. Our interpretation of that vast field of information determines the way in which we see the world. You inevitably took on some thought patterns from your parents and the people around you as a child; you lacked control over the thoughts that were most pervasive around you. The good news is that it’s very possible that some of the self defeating thoughts you have are not your fault. Regardless of how they got there, your mind is like a record player and the thoughts we play the most, we dig the deepest groove into over time. So as our mind scans its needle across the possible options, it passes that deep groove and falls right into playing the same old familiar song.

Law #2 Your beliefs become your reality…every time, no exceptions.

The human mind is exceptional, but it is also highly impressionable. People can be convinced of crazy things simply through repetition, like kamikaze pilots or cults. Although those are dramatic examples, the same principles that can lead people to such drastic choices are happening in your life everyday. The repetition of thoughts will always lead to believing them. What we think we feel, what we feel we believe. I added “no exceptions” to this law because many of us will be tempted to say that though we know we think certain things all the time, we know they aren’t true intellectually, so we have them under control. This is a lovely hope but can never really be fact. Our intellectual grasp of how crazy something can be is powerful, but at the end of the day if that understanding isn’t strong enough to stop the repetition, then it will still become something we believe. So if you take one thing from these laws let it be acceptance of the fact that what you repeat in your head is what you believe about life and your place in it. Those repetitive thoughts are the best mirror you have into exactly the kind of life you will experience.

Law #3 You have been given complete control over what you think and believe, despite what it feels like sometimes.

If you resist this truth the other laws won’t matter. As I said before, these laws are independent of each other yet completely dependent on one another. Earlier, I also mentioned that the thought patterns you have developed over time may not be your fault. A child does not get to choose the environment they are in or the information that surrounds them. But you are not a child anymore. First Corinthians 13:11 says, “When I was a child, I spoke like a child, I thought like a child, I reasoned like a child. When I became a man, I gave up childish ways.”

There’s a point where we have to stop blaming everything on other people and past experiences and take charge of our own lives. Taking charge of your life is the same thing as taking charge of your thoughts. Because you have such an ingrained habit, you’ll find that trying not to think that way isn’t easy and because it is so hard to break our patterns, many people give up and decide that they can’t actually control the way they think and feel. This is particularly poignant for those who have been through traumatic situations, as they have such a pervasive habit that another way of being feels so foreign, they believe it may not exist. This law is as simple as accepting that you do have control, no matter how challenging. You are the captain of this ship and you steer it in the direction you choose.

Law #4 You can manifest ANY reality into your life.

Doesn’t this one sound nice? What a positive and inspirational thing to tell people. Many consider this idea but add in a damaging caveat. There’s an invisible parenthesis that says “You can manifest any reality into your life (as long as its reasonable and proven to be possible)”. We secretly think it is just the go-to language of optimists and motivational speakers. This law, the most important idea you will ever understand, has over time been relegated as a slogan. We have forgotten that it is meant literally, you can manifest ANY reality into your life, but you have to remove the parenthesis. You have to toss out that caveat that your dreams must be reasonable or proven to be possible. Of course, if you are content with the reasonable and possible, than that is perfectly alright. Many people though, are discontent and yet still place these limitations on themselves in an endless cycle. This is a way of thinking that will only be magnified by the recession we are in so I’ve found that the understanding of this law is crucial at this particular time for many people.

Let’s take an example of the 4 minute mile…difficult to do for many, but not entirely unheard of. This was not always the case: for thousands of years, as long as man could remember, running a mile in 4 minutes was deemed impossible. It was attempted at each Olympic Games, yet it seemed no one could break this barrier. Then after thousands of years, Roger Banister finally broke the record and ran a 4 minute mile. In the first year after he did this, 19 people also ran a 4 minute mile. It went from impossible to possible, virtually over-night. Once one man removed the ability to make excuses, people around the world found new levels of energy and strength.

Hear this: we can actually remove your heart out of your chest and transplant someone else’s into you, we can walk on the moon, we have created weapons capable of destroying our entire planet, we can move faster than the speed of sound, we talk instantly to each other through invisible rays and many thousands of people’s bodies are flying through the sky right now at hundreds of miles per hour. The greatest dreams for our lives right now are most likely child’s play in comparison to what we’ve already proven possible.

Odds are that your 4 minute mile has already been run and even if it hasn’t been, you know now that the obstacles are all in your head. Our limitations are illusions, our excuses are lies and our dreams are realities that are so sick of you putting them off. If you believe this law to be true, it will be…if you don’t, it won’t. When it comes to this law of the universe, faith costs you nothing and doubt could cost your life.