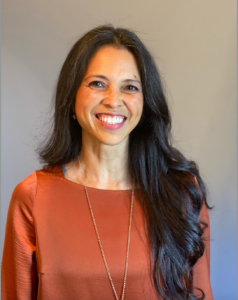 Prince is performing for Super Bowl Half Time. I say, “Oh! Did you know Prince is Filipino?!” Bruno Marsis performing at the AMA. I say, “Hey! His mom is Filipina!”. Jason from The Good Place? “He’s Filipino!” Vanessa Hudgens? “Guess what everyone?! Yes, she’s part Filipina!” Seeing people like me in the mainstream, without fail, gets me all giddy inside. Anytime it happens, I feel the need to point out that we are just as good as everyone else!

There was a time when tv’s didn’t have remotes and there were maybe 5 channels to choose from. That was also during the time when I was a little girl, watching shows on tv or movies in theaters and no one on any of those screens looked just even a little bit like me. I do recall watching a tv special series with a black cast. It was called Roots. They had to cast black people, since it was about slavery. The world of entertainment informed our culture about the American Life. And as little girl I saw there was no space for people like me around everyone else, unless we were nurses and doctors.

Back then, sometimes I would go to bed at night and pray “when I wake up in the morning , please let me have blonde hair and light colored eyes,” only because it seemed those were the kind of people who got to be part of the shows and movies I really enjoyed. Even closer to my everyday life, those were the kind of kids who never got picked on or laughed at during recess. Around the time when I outgrew recess, the move Purple Rain came out. I discovered that Prince , who played the main character and sang the song with the same title was Filipino! Then, very slowly, with the introduction of MTV, I began to see different people showing up on my TV screen. They weren’t casted for these short clips called music videos because they had to play slaves. They made it because they were creative, talented and relevant to the current culture. Now that I think about it, this was also around the same time I stopped praying for blonde hair and light eyes.

What I was feeling back then was the relief of representation. People who looked like me, through TV and movies, were making their way into American homes! There were plenty of shows and movies, however, that would still cast a non-Asian actor for a part, but would use make up to give them more of an “Asian look.” Like I said, it was happening “very slowly.” We’ve come a long way from those days, but there are more steps to take. I am hopeful though! I’m a teacher at Bella Prāṇa and so excited about the change the ownership (Roni and Tina) made from “Bella Prāṇa Yoga and Meditation” to the “Bella Prāṇa Wellness Collective”. The same excitement felt when I found out Prince was Filipino, happened AGAIN when this change was announced. Ahhhhh, the relief of representation, once more.

The reality that a place like Bella Prāṇa exists in our city inspires me.; I also anchor my excitement with the Sacred texts of Yoga reminding me that “nothing’s perfect.” Spaces that are intentionally encouraging all people to feel welcomed, seen and known, means misunderstandings will happen. Through my personal practice, I have learned I must use all my senses in order to properly assess the reality of my present moment. So when some says to me, “I like to say I don’t see color” what they’re really saying is they aren’t able to properly assess the present moment. Everything in front of me shows that we live in a word full of color! Sunsets, deep blues of oceans, jewel tones of blossoming flowers, the list is endless! My skin, hair and eye color is part of how people can see me and say “hey, there’s Mary.” But my skin, hair and eye color doesn’t belong in a value system that uses these traits to rate humans as more or less worthy of health and peace of body, mind and spirit.

– By Mary Waugh, Yoga Instructor at the Bella Prāṇa Collective