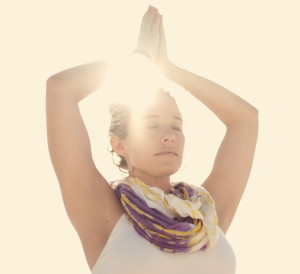 Today’s class is called “It’s not All About Me!” and I wanted to talk about an idea that changes my life when I remember it. That is that there are as many realities as there are people on the planet. We each live in our own special world with our own special definitions and our own ten commandments of what is important and what isn’t. We make everything about ourselves, not always because we are egoic, but because we believe that everyone else is living in the same reality. It isn’t necessarily selfish, its just an uninformed, unconscious way of living. Here’s the truth: no one cares about you, they care about themselves. Harsh but true. Every conversation you have you’re thinking that you are teaching someone something and they’re just wondering how what your saying applies them. So listen…it’s not all about you, stop taking things so personally. The situation is always neutral, you are the one choosing what meaning to place upon it.

“Personal importance, or taking things personally, is the maximum expression of selfishness because we make the assumption that everything is about “me.” During the period of our education, or our domestication, we learn to take everything personally. We think we are responsible for everything. Nothing other people do is because of you. It is because of themselves. All people live in their own dream, in their own mind; they are in a completely different world from the one you live in.”

“Taking things personally makes you easy prey for those predators who try to send you emotional poison. They can hook you easily with one little opinion, and feed you all their emotional garbage. When you take it personally, you eat it up, and now it becomes your garbage. But if you don’t take it personally, you are immune to their poison. When you take things personally, you feel offended, and your reaction is to defend your beliefs and create conflicts. You make something big out of something little, because you have the need to be right and make everybody else wrong.
You try hard to be right by giving them your own opinions. But remember your point of view is something personal to you. It is no one’s truth but yours.”

“Don’t Take Anything Personally. Nothing others do is because of you. What others say and do is a projection of their own reality, their own dream. When you are immune to the opinions and actions of others, you won’t be the victim of needless suffering.”

You may even tell me, “Miguel, what you are saying is hurting me.” But it is not what I am saying that is hurting you; it is that you have wounds that I touch by what I have said. You are hurting yourself. There is no way that I can take this personally. Not because I don’t believe in you or don’t trust you, but because I know that you see the world with different eyes – with your eyes.”

A man sat at a metro station in Washington DC and started to play the violin; it was a cold January morning. He played six Bach pieces for about 45 minutes. During that time, since it was rush hour, it was calculated that thousands of people went through the station, most of them on their way to work. A couple people stopped for a moment then seemingly unimpressed hurried off clearly late for work.
One lady threw in a dollar tip on her way by but didn’t stop. The one who paid the most attention was a 3 year old boy. His mother tagged him along hurried, but the kid stopped to look at the violinist. This action was repeated by several other children. All the parents, without exception, forced them to move on. In the 45 minutes the musician played, only 6 people stopped and stayed for a while. About 20 gave him money but continued to walk their normal pace. He collected $32. When he finished playing and silence took over, no one noticed it. No one applauded, nor was there any recognition. No one knew this but the violinist was Joshua Bell, one of the top musicians in the world. He played one of the most intricate pieces ever written, with a violin worth 3.5 million dollars. Two days before his playing in the subway, Joshua Bell sold out at a theater in Boston and the seats average $100.This is a true story. Joshua Bell playing incognito in the metro station. One of the world most accomplished musicians, playing one of the most difficult pieces of music ever written, on a violin worth millions and thousands of people passed by without a single turn of the head.

I told that story in the context of not taking things personally because that story helps illustrate the fact that people will react to things and behave based on their current reality, their expectations of a certain environment, and their own definition of what is good and bad. There will be many moments in our lives where we will be Joshua Bell in the subway. Where you will be a priceless gem and no one will notice. Where you will produce incredible things, and no one will seem to care. Where you will be holding something of indescribable value and no one will even look. But like that experiment in the subway, just because no one cared didn’t mean it wasn’t priceless, incredible, and indescribably valuable. Joshua Bell knew as he played that he was being undervalued, and you will know it too. So in those moments what do you do? You keep playing. We cannot love ourselves only if others love us, and we cannot hate ourselves because others say they hate us. Don’t take others reactions to you too personally. Don’t make every situation about you. They are often reacting to themselves and their environment more than they are reacting to you. Remember that sometimes your job is just to play.
– Roni Sloman

The River of Life (paraphrased)

In this life you will be praised and cursed, you will fail and succeed, you will feel lonely, and you will fall in love. You will realize dreams, and others will fade. But no matter what comes your way, no matter what feedback you get in this life remember not to resist, don’t take your thoughts or others too seriously, instead flow with the river of life. As you meditate on this idea inhale a willingness to see the world through others eyes, exhale whatever negative comments you’ve been carrying around. Inhale all your imperfections, and exhale the need for others approval. Inhale the words “I will not resist” and exhale “I will flow with the current of my life”. – Roni