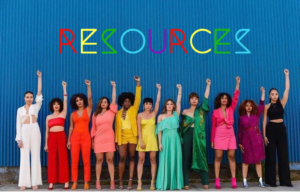 Below are suggested resources from teachers, trainees, and students of color in our Bella community. Additional Resources provided by our community are listed below. This list will grow and change as we compile a list of resources to educate, enlighten, and inspire you. If you would like to add anything to this resources list please send your suggestions to info@bellaprana.com.

The Heart of Whiteness by Robert Jensen

Between the World and Me by Ta-Nehisi Coates

My Soul is Rested by Howell Raines

The Color of Law by Richard Rothstein

White Rage: The Unspoken Truth of Our Racial Divide by Carol Anderson

Me and White Supremacy

Skill in Action: Radicalizing Your Yoga Practice to Create a Just World by Michelle Johnson

When They Call You A Terrorist: A Black Lives Matter Memoir by Patrisse Khan-Cullors & Asha Bandele

The 1619 Project by The New York Times

Unapologetic: A Black, Queer, and Feminist Mandate for Radical Movements by Charlene Carruthers

Parting the Waters: America during the King Years by Taylor Branch

The Fire Next Time by James Baldwin

The Truth about Awiti by CP Patrick

The Namesake by Jhumpa Lahiri

Interpreter of Maladies by Jhumpa Lahiri

White Teeth and On Beauty by Zadie Smith

How to be an Anti-Racist Podcast

Do the Right thing, film by Spike Lee

Never Have I Ever

Write Mayor Castor to change the use of
force policies in our city. Ask her to agree
to the 8 Can’t Wait steps to curb police brutality.